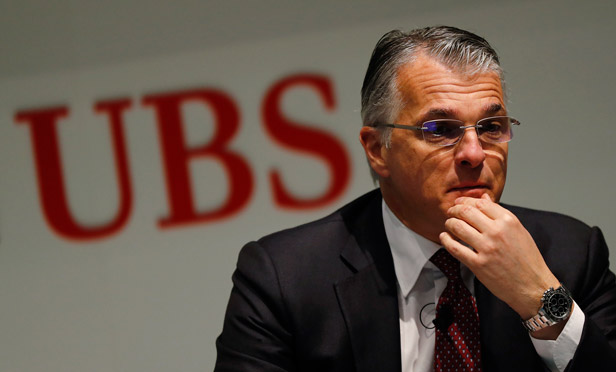 Starting next year, the bank will charge wealth clients who don’t live in Switzerland 330 Swiss francs ($360) a month for holding cash deposits of 500,000 francs or less, according to a pricing list published on its website. Previously, the bank was charging clients about that amount for the year, a person familiar with the pricing details said.

At the end of June, depositors were given six months to decide whether to move a substantial amount of their holdings into investments or use other UBS services or face the increased charges, the person said, asking not to be identified as the matter is private.

UBS and global peers have seen their profitability hurt by half a decade of negative interest rates, which effectively make banks pay for holding clients’ cash. Many European lenders are pushing clients to use more investment products after a recession sparked by the coronavirus pandemic increases the probability that rates will stay low or negative for the foreseeable future.

Holding large amounts of cash in a negative interest rate environment is a value destructive strategy for both the client and banks, according to a UBS spokesman, who declined to comment on the new charges. The bank is discussing alternatives with some depositors who live abroad and hold large cash balances in Switzerland, he said.

While the Swiss National Bank in March reduced the burden from negative rates on lenders, UBS has moved forward with cost-saving initiatives and increased lending to improve profitability. UBS’s policy of passing on negative rates to rich clients, which began last year, contributed to $16 billion in outflows during the first quarter.

To stem the outflows, the bank earlier this year started offering some of its wealthiest clients in Switzerland a payment holiday of several months if they plan to eventually invest some of their cash holdings, people familiar with the matter said earlier.

UBS has been sharing the cost of negative interest rates with clients who have more than 500,000 euros or 2 million francs in cash deposits. In April, the bank lowered the deposit threshold for charging clients in Germany to 500,000 euros from 1 million euros.

— Check out UBS Exploring Merger With Credit Suisse on ThinkAdvisor.

Copyright 2020 Bloomberg. All rights reserved. This material may not be published, broadcast, rewritten, or redistributed.

4 Key Macro Factors to Watch on Our Road to Recovery